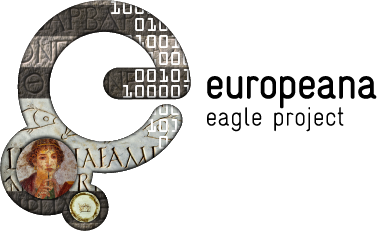 The poster entitled: Bridging the gap: linking commercial epigraphy and Roman law shows the work of two databases linked and developed in the core of the Portus Limen project. Digital research has moved well beyond the stage of pilot projects; it is a mature discipline bringing contributions to its own field and others, most notably Classical epigraphy, Ancient history and archaeology. The study of the inscriptions held on instrumentum domesticum (inscriptions in portable objects) and concretely, the ones related to Roman commerce, has still not reached the digital era. Apart of that, studies on inscriptions of commercial items have focused almost exclusively on single objects but not relating it to other items nor with the legal context surrounding the trade operations. The poster that it is going to be presented on the Eagle 2016 conference, shows a method to achieve a better understanding of the inscriptions through exploring their inter-relationships with the procedures reflected in legal sources, together with the possibility of giving readers from outside the specialized discipline both insights to the source material.

To achieve these goals, inscriptions concerning trade in the Mediterranean (scripta commercii) and legal Roman sources (juridical) have been organised in two linked databases, connected to other databases (archaeological, geographical, historical) developed inside the Portus Limen Project. This fact allows to organize a wide range of material not available online, as well as analyse it through the archaeological and juridical focus.

The conference, that will take place on the days 27th -29th January is organised by EAGLE with the support of Sapienza Università di Roma, under the auspices of Centro Linceo Beniamino Segre. Co-funded by the European Commission under its Information and Communication Technologies Policy Support Programme, EAGLE aims to create an e-library for Digital Epigraphy of unprecedented scale and quality for ingestion to Europeana. EAGLE is also aiming at creating a network of experts and people interested in Epigraphy and Cultural Heritage.

The research for this project has received funding from the European Research Council under the European Union’s Seventh Framework Programme (FP/2007-2013) / ERC Grant Agreement no. 339123